In the 1970’s a Telecom engineer created a fan-forced ventilation system for sub-floor areas that would replace passive vents whether brick size or terracotta size.

After an amalgamation of two other partners, Solarfan was born. Solarfan was the first fan-forced company to develop brick size and terracotta vent size sub-floor ventilation systems. Solarfan being the market leader of its time had rigorous testing carried out by Unisearch in the 1970’s. Unisearch was a very intensive testing and research facility, contracted to research and examine commercial products. Consulting and expert opinion was sought from UNSW, now known as UNSW Consulting & Unisearch, a division of New South Global. This accreditation was fundamental in the testing process, which other ventilation systems simply do not comply to. This established what branding of fan-mechanism was implemented in our product.

Since the 1980’s ‘Solarvent’ and ‘Extravent’ put out their own version of fan-forced systems without appropriate test procedures and these came to an abrupt end. The fan mechanism did not last – especially when dealing with a corrosive sub floor environment. For many years Solarfan was the forerunner in sub-floor ventilation and helped various companies in the supply of sub-floor fan-forced systems in Sydney and Melbourne.

In 1994, David Marinos joined the ranks of Solarfan and was directly trained by the respective managing directors in sub-floor ventilation up until 2001. In that time he had witnessed great customer results but also some communication issues existed between sales and service (installation) which prevented Solarfan from not reaching its full potential. The knowledge and experience he gained during this time was the foundation of better things to come.

In 2001, David had the opportunity to take over where Solarfan left off. His first mission was to upgrade the fan impellar design which delivered an extra ten percent air flow from its previous model. He also increased its longevity and develop a complimentary product to the Solarfan range (which is now known as the Quad Fan system). In that year, the name Envirofan came into existence. From the time of its release in the late 1970’s the fan mechanism into the original Solarfan product has been a real workhorse so the branding of this mechanism remains exclusive to Envirofan and cannot be divulged into the market place. Therefore, purchasing an Envirofan product, you can rest assured that it is the best in its field, which has withstood the test of time.

In 2005, we conducted an ‘in-house’ trial of the Envirofan Quad Fan system versus a German mechanism (which we cannot name), by placing the products head-to-head in a modern sub-floor humidity challenge. The German mechanism subjected to the tough conditions, only lasting 18 months on a 24/7 cycle. This demonstrates that a 12 volt motor will last in a ‘normal’ environment, but in a corrosive sub-floor area, would drastically reduce its life expectancy.

With Envirofan there is no guesswork. Acquiring an Envirofan sub-floor ventilation 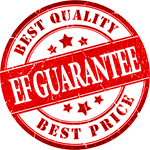 system, we guarantee an exclusive brand of fan-mechanism that ensures quality, 12volt cost-effective mechanism and unparalleled performance,  . Don’t forget, if it’s not Envirofan, it isn’t one.